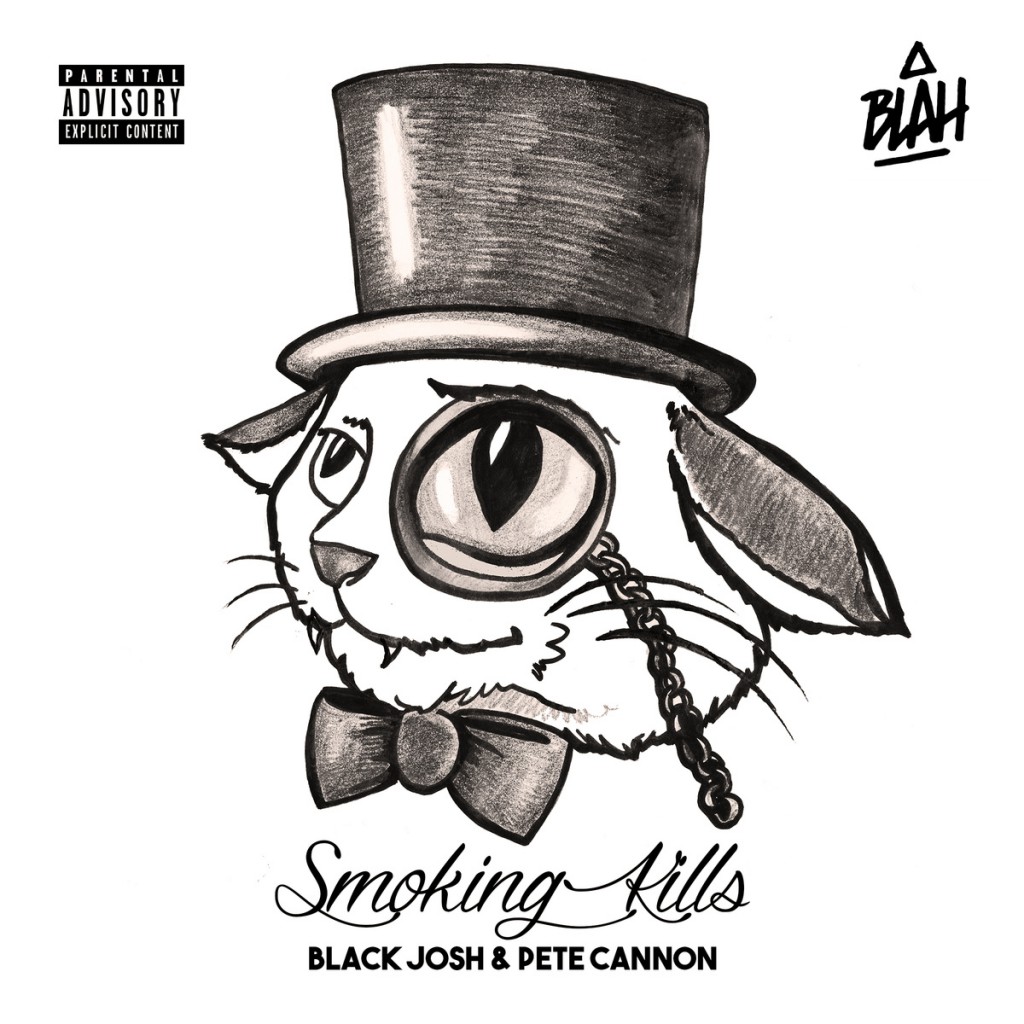 Time to kick off the summer season in style, head outside and spread those good vibes, letting people know, what there is to know about it. Now if you didn’t know, Manchester has a blossoming Hiphop scene, headlined by class acts such as The Mouse Outfit as well as high-octane wordsmiths the likes of Mad Brains and Ape Cult founder Black Josh. The latter has been hitting the streets solo with some fine releases lately, most recently pushing forward his spanking new Pete Cannon produced five-track EP on Blah Records, appropriately entitled “Smoking Kills”. I have yet to listen the other four tracks, but judging by the EP’s first available cut, I’ll just have to trust my instincts here, go out on a limb and claim that I do indeed know about it. Black Josh easily runs over a thorough-bred Pete Cannon boombap beat to get heads in a frenzy, spitting an opening verse that instantly sets the tone and explains how he rolls. Quite literally: “I’m a ‘fuck it I’m a do it another time’ type of guy, can’t remember the last time I wasn’t kind of high.”

Check out the video over here:

And if you like, what you’re hearing, then give Black Josh’s gratuitous debut solo EP a listen: