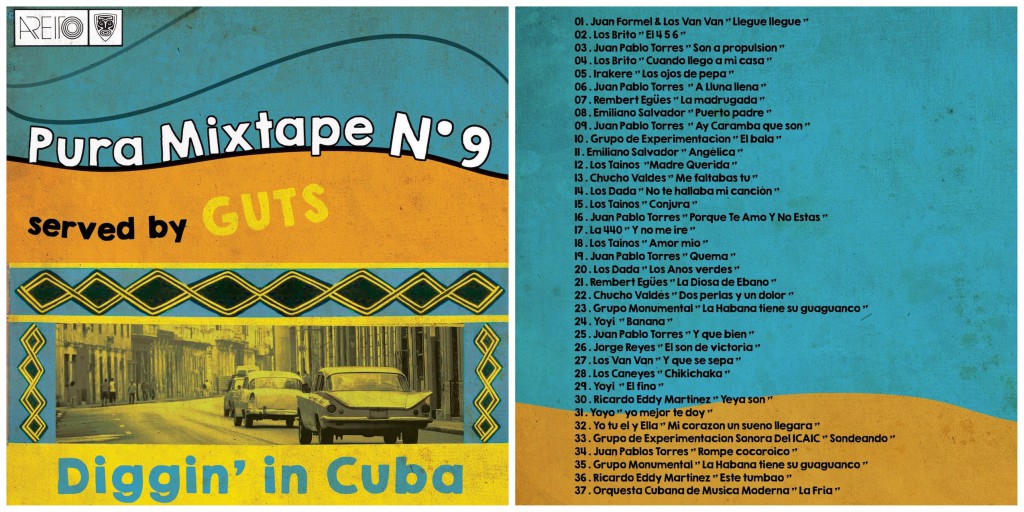 Returning from a recent trip to Cuba, French DJ/Producer/Beat-Digger extraordinaire GUTS serves up a two-hour free download vinyl mixtape of vintage pearls from the island, as part of his “Pura” series.

While you’re at it, you might also want to check out his previous mix of 1970’s Colombian grooves and fusion music, a mix of afro beat, funk, cumbia, haitian compa, disco and tropical music, which should also still be available via the Parisian Heavenly Sweetness imprint.

If you’ve missed out on the downloads, just can listen to the mixes right here via Mixcloud:

Pura-Mixtape 9 ( Diggin’ in Cuba ) by Guts on Mixcloud

Pura-Mixtape 8 ( Diggin’ in Colombia ) by Guts on Mixcloud