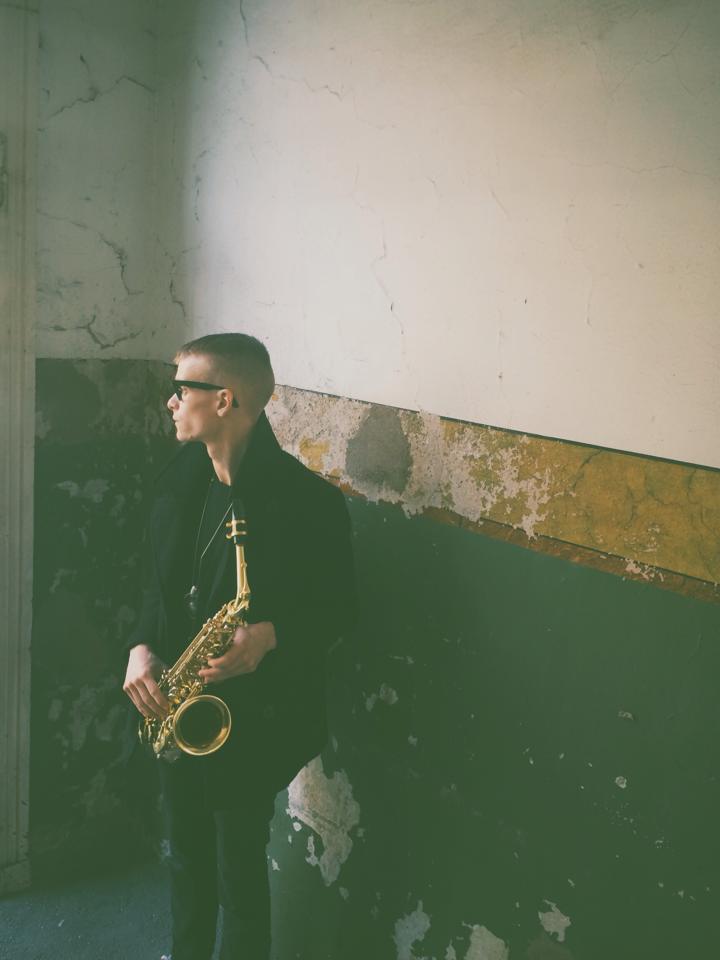 While preparing a recent post on Heidelberg’s Radio Juicy imprint and browsing through their superb selections, I came upon “The Soft Weed Factor” mix by Blameful Isles, which struck me quite simply as different: distinct yet familiar, rooted in a jazz-drenched souliverse of crisp rhythms and melodic bliss, here were sounds most definitely worth exploring. And so I followed the astral plane of sonic breadcrumbs only to find further mystical explorations to feast my ears on, bipolar at times, equally unsettling and soothing, composed by a young Swedish producer on a mindful mission to channel any and all inspiration through densely free-spirited, complex productions with cineastic precision. Acoustically intrigued to say the least, I mailed the man a few questions, hoping he would like to share his thoughts and shed some light on these fantastic realities and parallel dimensions. Well he did and here are his answers. Let’s just say, the force is strong with this one, shall we?

Let’s get to know you, be it as Daniel Israelsson or as Blameful Isles. Where are you from? What do you love most or are most afraid of in life? Basically anything you would like to share that’ll help us get a better picture of the man behind the music.

Blameful Isles: As a simple human being perhaps? Haha. I’m from Sweden and I’m currently living in Borås. A rather small town near Gothenburg. It’s ok. I really want to move away from Sweden though. Heavy questions right in the beginning man, I like that. My big passions in life are of course music, movies and books. But I also like art and all types of weird shit. I love anything that’s creative and genuine I suppose. I’m a real sucker for the feeling of being inspired by literally anything. Let’s say while shopping for food, I might see an inspiring shape, person or situation. And to have a creative output to channel all that inspiration through is a blessing. That goes for the good as well as the bad stuff of course. Try to add music to every moment in your life and KABOOM! You will realize that you’re watching a movie 24/7. And a pretty weird one at that. I used to be very scared, but I turned that around and began to enjoy the ride instead. Life is spectacular, but it also has its downsides you know. Especially if you’re a thinker.

How did you come up with your Blameful Isles moniker?

I see every living creature on planet earth as a small or big island. We all float around in the big sea of what some may call the now. My island suddenly started to create a lot of music I guess. I really felt the urge to channel something. Some of those islands out there may be odd-shaped or built from some slightly different structures. Maybe it’s them I want to represent? I don’t know. I guess the whole Blameful Isles thing started in late 2010 or early 2011. But the concept is ancient. Really ancient.

You are 22 years old. When did you get started making music? Are there any other musicians in your family? Who is/are you musical role model(s)? What do you like to listen to?

I’m actually 23 now! Yeah I’ve got some musicians in my family. My mother played piano before and my grandma and grandpa both played guitar, harmonica and accordion. Music has always been a huge interest of mine and I think that goes for pretty much anyone in my family. As for my role models, I’d rather say I’ve got a huge amount of prophets in my life. Many of them musicians, yeah. But it could be anyone. Anyone that inspires me and challenges me to think in a new way. I listen to all types of music and musicians from every corner of the world. I’ve got some bands or musicians that I think I’ve developed a special relationship to including John Coltrane, Led Zeppelin, Art Ensemble Of Chicago and Soft Machine. They all made me think in a new way, so to speak. If you want to know what I’ve got on my iPod right now then let’s see: I’ve got a lot of Joel Vandroogenbroeck, Ashra, Lester Bowie, Pierre Favre and Ralph Lundsten at the moment. Soundscapes has really been my thing lately as well.

Which 3 words best characterize your music?

Three words that define my music you say? Haha, those three words are pretty hard to come up with. Free, organic and rough, maybe? I really don’t know.

Let’s get things started with your April 2012 release, the “Bound To Ohra” EP. Was that your debut EP or was that just the first production you felt sure about releasing? And of course, who or what is “Ohra”?

Yeah. “Bound To Ohra” was more straight up rythm-based. More like a spiritual hip-hop, trip-hop/modal-jazz-fusion. I wanted to fuse hip-hop and jazz in a new way. More in favor of the jazz element. All I can say is that Ohra is a forest god in the Behlg-Ahrak-myth. It was indeed the deput EP, but I had loads of other material back then and still do. About 400 tunes on my computer, in different genres.

All three productions of yours seem to have an almost esoteric, spiritual side to them. What sparked this spiritual journey?

My imagination I think started it all. I always dream up alternative realities and parallel worlds. I’m a real sucker for sci-fi, history and fantasy as well. I really wanted to express my imagination through music.

What is the one mystery in life you would like an answer to or have already figured out on your own? And if so, what is the answer?

I’m still trying to figure that one out. Life on other planets maybe? I don’t know. Haha.

Radio Juicy dubbed you a one-man-band. What instruments do you play, besides drums and saxophone and of course, what extra gear do you use?

I’m no master at either one of them, but I manage to record songs using them as tools. I’m grateful for that. The instruments I used while recording “Then It’s Not The End” were: drums, percussion, flutes, guitar, bass-guitar, synths, piano and all types of mallets and shit. I also played some tenor, alt and clarinet as well. I recorded it all with one microphone and hooked it up to a simple sampler/sequencer in order to structure it all. I’ve found that method to be the easiest for me. I record long live-tracks and just play different instruments on top of each and every one. I mean some of my sequences are over 164 bars long. I also use some midi-keyboards along with a stage-piano.

Where do you produce? Feel free to describe your studio/basement/bedroom.

I have a studio in my apartment. It’s not in my bedroom though, haha. That would have been way too small. I have a lot of shit. I also have a place that I rent monthly, where I keep my drums etc. I play music with some of my friends there as well.

What’s the story behind your gorgeous debut LP release “Then It’s Not The End”? You say you were suddenly confronted by life and death. What were you experiencing/feeling/listening to at the time? How much of the production is sample-based? Who are your features and how did they come about?

A close friend sadly passed away during the recording of this album. That was hard. Very hard. It really got to me and I had to struggle to be able to enjoy the simple things in life again. It felt like everything was pointless. But somehow it confronted me with feelings that fueled me as a musician. It took me to some dark places, but I learned a lot as well. It sounds lame, but I learned that I need to cherish every moment in life and realize how much love there actually is. Everywhere. The good will always conquer the bad I think. I had a huge avant-garde/free-jazz period at the time and I wanted to fuse that kind of thing with a new and fresh sound, but still keep it organic. Know what I mean? There are some samples in there, mostly ambient/nature sounds, but I also sampled some instruments and small melodies. The whole thing is mainly played by me though. I mean I composed and structured nearly everything. The samples merely helped me to get a vibe going.  I’ve got two official features on the album. One from Mr. Vasilios Bartziokas, who’s a multitalented musician from my hometown Borås. The other one is Mr. Floyd Locc aka PeaKing and he’s from Palm Springs, LA. He’s an electronic genius according to me and really knows how to bend sounds in an interesting way. He’s really the master of Lo-Fi, haha.

How did you end up releasing the LP via RadioJuicy/UrbanWaves?

I’ve had a long relationship with Urban Waves and they started to collaborate with Radio Juicy, and rightfully so. They go well together. Urban Waves gave me total artistic freedom while recording this album and let me do whatever I wanted. I deeply respect that and I think that is pretty rare today. They supported me through it all and I am forever grateful. That goes for Radio Juicy as well. I respect them both very much. That’s why I fuck with them.

Next up is “The Forgotten Continents” EP, which recently received some love from the great Talib Kweli. Tell us a bit about this project. In what way does it build on the previous LP. Any new thoughts or ideas? Or is it more a continuation of your personal journey through sound?

“The Forgotten Continents” is the aftermath of “Then It’s Not The End”. Sort of like a happy ending, haha. When Talib Kweli mentioned Blameful Isles and the EP I just shook my head. I really couldn’t believe it. Let’s see what happens in the future. Maybe a collab?

What’s up next? Any unforeseen projects on the horizon?

Blameful Isles is currently going through a massive metamorphosis and will be a live-band from now on. We are rehearsing a lot at the moment in order to be able to get out on the road and play. It’s starting to sound really good. We will also record the follow-up to “Then It’s Not The End”. Here’s the line-up: